To start with, what is a mineral? might be a better question. A mineral

is a “naturally occurring homogeneous solid with a definite chemical composition and a highly ordered atomic arrangement” (Encyclopedia Britannica). They are usually formed from inorganic processes and make up the crystals, rocks and gemstones of the world. There must also be a definite crystalline structure to the atomic arrangement, colour and hardness. However, these may vary greatly, especially colour, not only from one specimen to another but within the same specimen. Each mineral has a specific hardness.

So now you know!

These three dimensional, atomic, ionic, or molecular structures (OK lets call them crystals!) have been used and revered since the dawn of humankind. The Judaeo – Christian Bible refers to them over 200 times. Crystals and artifacts made from crystals have been found in the ruins of Babylon, Pyramids of Ancient Egypt, tombs of Ancient Chinese Emperors and Toltec, Mayan, Aztec and Inca sites in South America.

Crystals have both piezoelectric and pyroelectric properties. Piezoelectricity is where electricity is produced by pressure. Many early cultures (e.g. Mayan, Aztec, Native American Indian, African and Celtic) used to strike quartz crystals with a wooden mallet, resulting in a flash of light. Imagine the scene around a fire in the darkness of night, the shaman/medicine man calls on the spirits/gods and light flashes around the scene! Compression releases electrons from their atomic bonding – flash of light – they then return to the atomic nuclei. These electrons are continuously vibrating and almost any energy source placed near a crystal will cause an increase in this vibration. It is not uncommon for personal crystals to fracture or shatter during use. Pyroelectricity is produced by temperature. Simply holding a crystal in your hand gives enough heat to generate the pyroelectric effect.

Quartz crystal will focus any type of energy. You can see this for yourself if you hold a quartz crystal over the palm of your hand and rotate it slowly in a clockwise direction. You will see a point of light moving around your hand, under the crystal, as it focuses the light in the room (or sunlight).

Crystals grow (literally) out of a chaotic mineral environment. They bring the environment around them into balance. This is how crystals work in healing. They bring you/your cells to balance. There are only two things that can go wrong with the human body. Either something external coming in from the outside such as a bacterium, virus, toxin, allergen etc., or something creating an internal change such as emotions, thought patterns, mental processes etc.

With an external factor, for example a bacterial infection, one bacterial cell infects one cell in your body. This process happens hundreds or thousand of times every day. Usually your cell recognizes the invader and destroys it and/or eliminates it from itself. Sometimes the bacterium starts to multiply and begins to take over the functioning of your cell. More and more bacteria are reproduced until your cell is ready to burst. Then there is a change in the electrical potential of the cell membrane and the cell bursts releasing thousands of bacteria to infect other cells in your body.

A crystal (the correct one in each specific instance) will balance the electrical potential of your cell membrane and the cell itself. Your cell will “think” it is normal and act so. Its normal action would be to destroy and eliminate the foreign bacterial cells causing the infection. In the second instance crystals balance the electrical potential of cells governing your emotional and mental processes, bringing these to balance.

Crystals cannot harm (unless dropped from a significant height!) as they simply balance. That is not to say that some people do not feel energy shifts whilst working with crystals.

The point of balance must first be found and like a scale finding its balance point some up and down movements are often experienced prior to equilibrium.

Crystals amplify, focus, store, transmit, transmute (change from one type to another), hold and channel energy. Energy being a universal force which cannot be created or destroyed and is not inherently either positive or negative, good or evil or anything else. Energy is simply energy or the Universal Life Force. It may change, or be changed, from one type to another, for example, electrical to light.

Crystals can be carried or worn. They may be placed in your surroundings, in homes, offices, workplaces, recreational areas and goldfish bowls. They have been known to reduce the harmful effects of radiation from microwaves, mobile telephones, television and computer screens. They can calm the energies in a room making your environment feel more relaxed, or energized. They can increase your focus and boost creativity. In fact, I cannot think of anything that crystals cannot help with.

All shipping from $7.90 and up, gets a tracking number.

We also have a Free Pick Up Service. 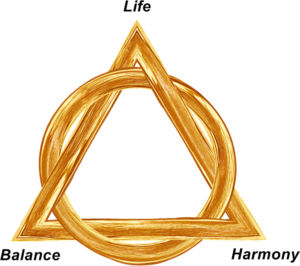